Blog
You are here: Home / Blog / Winter fly fishing is upon us here in Jackson Hole 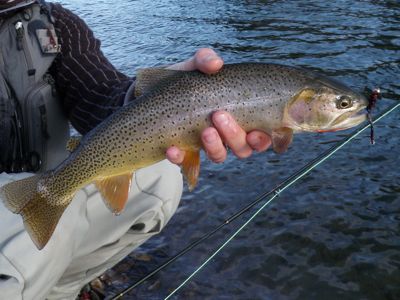 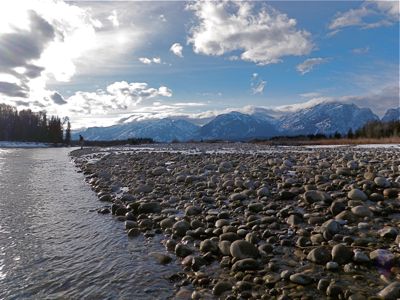 Saturday was perhaps the last day of “fall” fly fishing around here. Sure there was snow on the grounds and temperatures weren’t much above freezing, but there wasn’t much snow and it was above freezing. My good friend Matt and I snuck out while our respective ladies decorated for the holiday season. It felt good to get out on the water. Especially since I hadn’t cast a fly in a week or two due to a trip to San Diego and other reasons that I won’t bore you with. The fishing wasn’t fast and furious, but we did catch a few and had a great time catching up. Apparently we weren’t the only ones poking around the river bottom; in addition to elk, moose, coyote and wolf tracks, we also came across fresh grizzly tracks passing through our fishing territory. 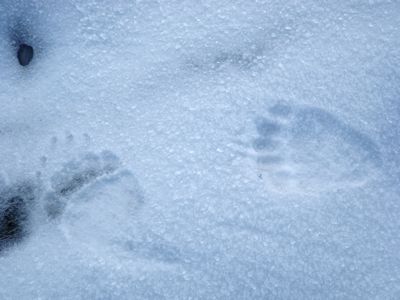 There wasn’t much bug activity, save the occasional midge on the water. However, mountain whitefish were caught on nymphs, while trout in a certain deep run chased streamers. Now, watching the snow blow outside and seeing that temperatures are forecast to fall to well below zero this week, I think it’s only appropriate to admit that winter fishing season has arrived.

Below Zero
Scroll to top