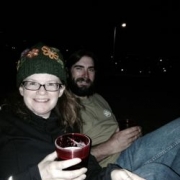 I went to Southern California last week. San Diego to be
more specific. Jamie and I, determined to catch our favorite
band, Pearl Jam, flew down to escape the Jackson off season,
eat tacos, see friends and attend a 3.5 hours marathon of a
concert. While I can’t claim to completely understand what
goes on in California, I can appreciate the beautiful weather
and great vistas. I debated taking a fly rod (I hear there’s fish
to be caught in the surf) but thought it best to focus on other
things… Highlights of the trip included seeing some great
friends, a beach fire, the PJ show and a trip to some cliffs and
tide pools.

Hello friend. A barnicle that had hitched a ride on a big
piece of kelp. The ocean, with all it’s creatures can keep a man
busy for quite some time. 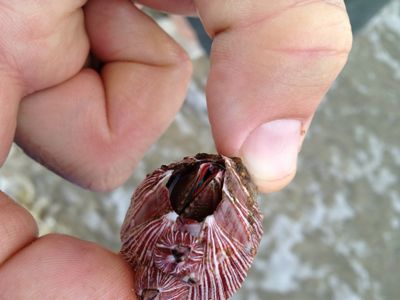 Caution: Mountain fishing guide loose on the boardwalk.
Shortly after this was taken, I got myself a shaved ice and
kicked back, taking in Pacific Beach. 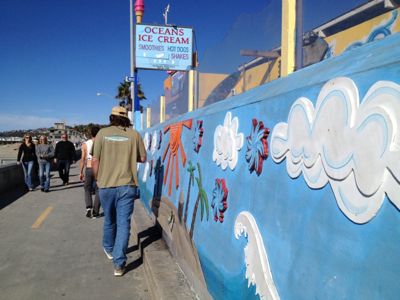 Jamie and I enjoyed morning strolls on the beach 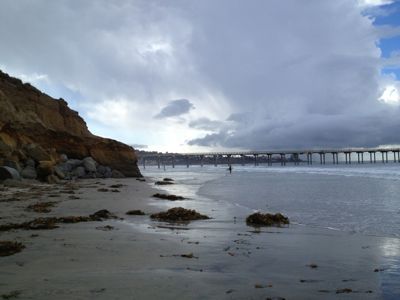 Celebrating my lady’s birthday with a bonfire on the
beach.. 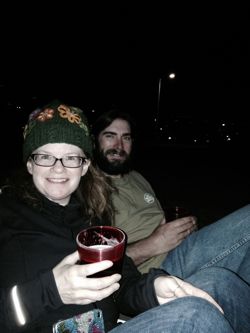 Spent the past few weeks trying to get in as much fishing
and outdoor time as possible. Normally November brings
some pretty lousy weather (like we’re having today here in
Jackson Hole), however the majority of days lately have been
nice; sunny, kinda warm and ideal for late season fly fishing. I
managed to hook and land some nice trout, including a Brown
that made my fall. The big male had beautiful colors and a
spotting pattern to die for. 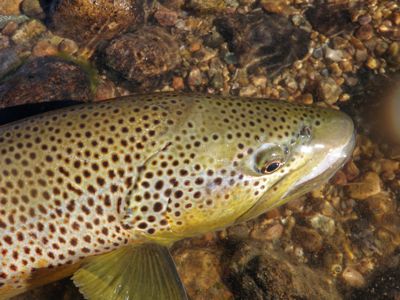 In addition to streamer fishing, I had a few good days
fishing with my pal Leon. The fishing was fairly challenging,
making the hookups that much more enjoyable. Days were
celebrated with beverages on Leon’s porch; watching mule
deer roam and the afternoon sun torch the red rock cliffs
nearby.

With the weather teetering on rain/snow today, it seems
appropriate to get serious about some fly tying and end of
season fishing business. I’m hoping to do a few gear reviews
this winter on my blog as well as the usually ramblings about
my fishing outings. 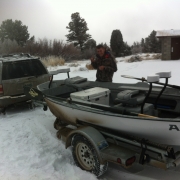 Like Norman in A River Runs Through It, I too am “haunted
by waters”. More specifically, waters with large Brown trout in
them. What can I say; it’s just that time of year. Most
Americans associate October with pumpkins, falling leaves,
ghouls and goblins and shortening days. Me and other fly
fisherman here in the Rockies think of orange and ochre
colored Brown Trout; angry fish with sex on their mind and a
predisposition to smack a streamer.

Lately I’ve been working some cold, trout-infested water
with streamers in hopes of hooking a true beast. It happened
to my friend Jeromie last week on his last cast of the day;
monster hammers streamer, fight ensues, fish pops off just
before being brought to hand, just after jumping out of the
water to show us how big it was. I had my chance too a few
days ago when a ravenous, kype-jawed brown smashed my
streamer within sight. This scared the bejesus out of me,
causing me to miss the hook-set (hey, when you haven’t
gotten so much as a bump in 2 hours of casting, it’s only
natural).

The following day I got more serious, taking two rods to
the water with me; one rigged with a streamer and one with a
floating line, double nymph rig. This determination paid off. I
landed two beautiful Rainbows and hooked a few nice browns.
Any other outing, this would be considered great. The problem
is that when you come face to face with Moby Dick, nothing but
the White Whale will do. And after enduring gale force winds
and the need to get back to the old dog, I surrendered,
admitting defeat for the day.

Now, each minute I spend off the water is another minute
obsessing about the fish that are on the fall migration. I tie
more streamers, adding more marabou, more rabbit, more
rubber legs and other materials that’ll add even more
movement to flashy patterns and (in my hopeful mind) entices
a shark attack. Time will tell and hopefully later this week I’ll
get to test my new creations, coming face to face with my
white whale.

Preparing for a cold day of October Brown trout
fishing…. 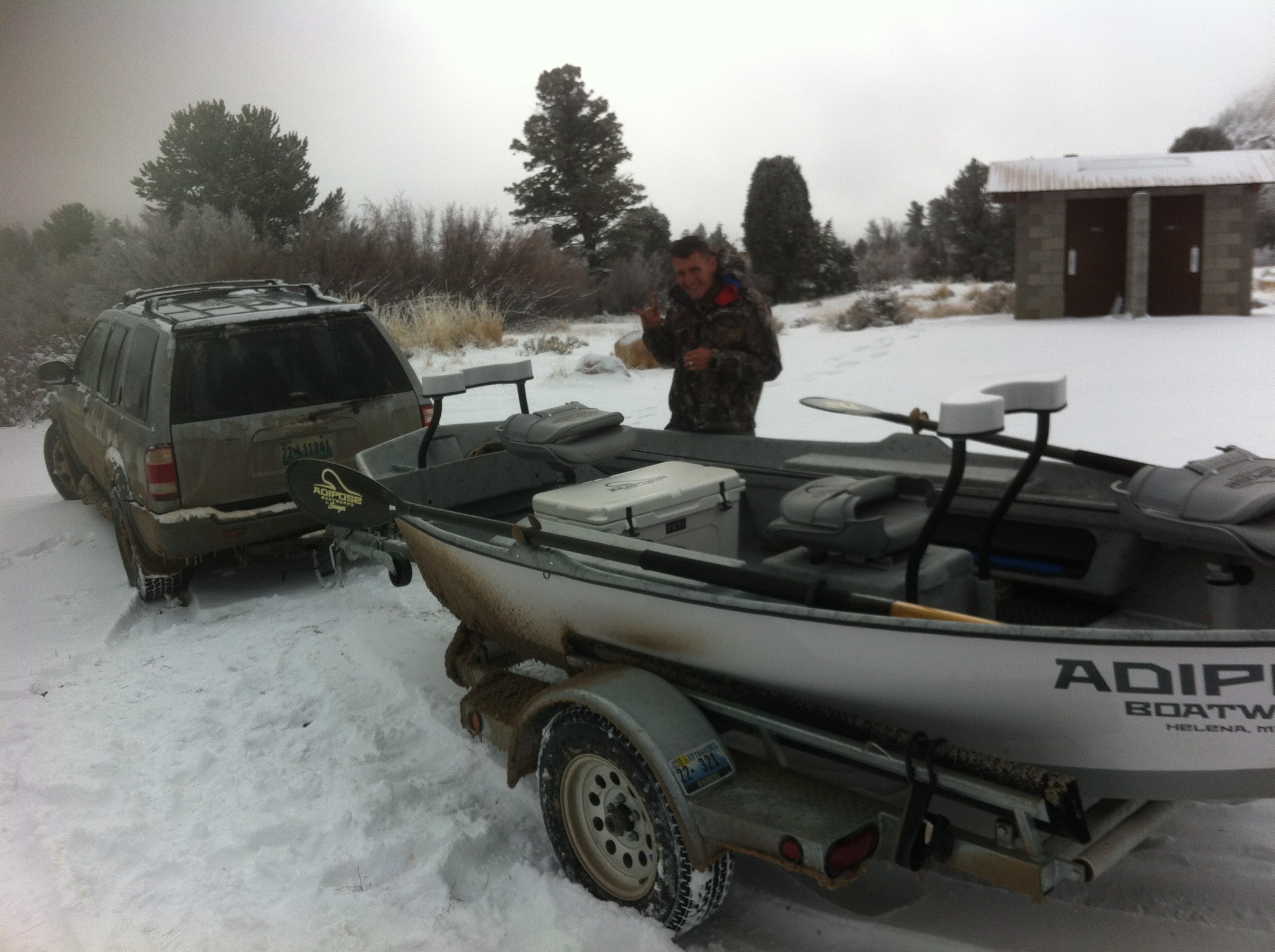