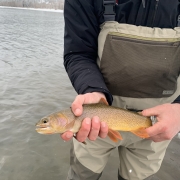 Onwards and upwards as we delve into 2020! Hope folks had a good holiday season. Mine was filled with visiting family and friends. I managed to sneak in a little fishing just before New Years, joining my friend Kurt at his place on the New Jersey Bay. The weather was fairly warm for late December, low 50s and we spent a day cruising the bay in hopes of finding some Stripers. Unfortunately we weren’t able to find any despite seeing a few bait fish emerge from the surface. The next day we walked the beach for an hour or two in hopes of finding some fish. We cast in some promising looking troughs and breaks but never found anything. In the end it was still fun getting out on some new water while working on double hauling sinking line. I get the sense that if fish are there and feeding, it’s hard not to hook up. BUT, if they aren’t around, there’s not much you can do.

Since getting back home to Jackson, I’ve been engaged in my usual winter activities- substitute teaching, painting, fly tying and some guitar playing. I’ve had a few eager anglers who didn’t mind the cold and wanted to fish. While Jackson in the winter is more of skiing destination, it’s possible to hook a few fish on the Snake if you know where to go. We bundled up, donned snowshoes and hiked into some productive water. Each trip was fun, allowing me to introduce folks to winter fishing. We focused on nymphing slow runs and were reward with a few fish. As we get through January (the coldest, least fish-friendly month) I expect the fishing to pickup. It’ll be fun to continue to get out now and then. Here at Teton Fly Fishing, I’m already looking forward to the upcoming fishing season. A lot of return clients are already booking trips, as well as some new folks! It’s nice to see the calendar filling up already.

me and my ski buddy Lulu enjoying the white stuff 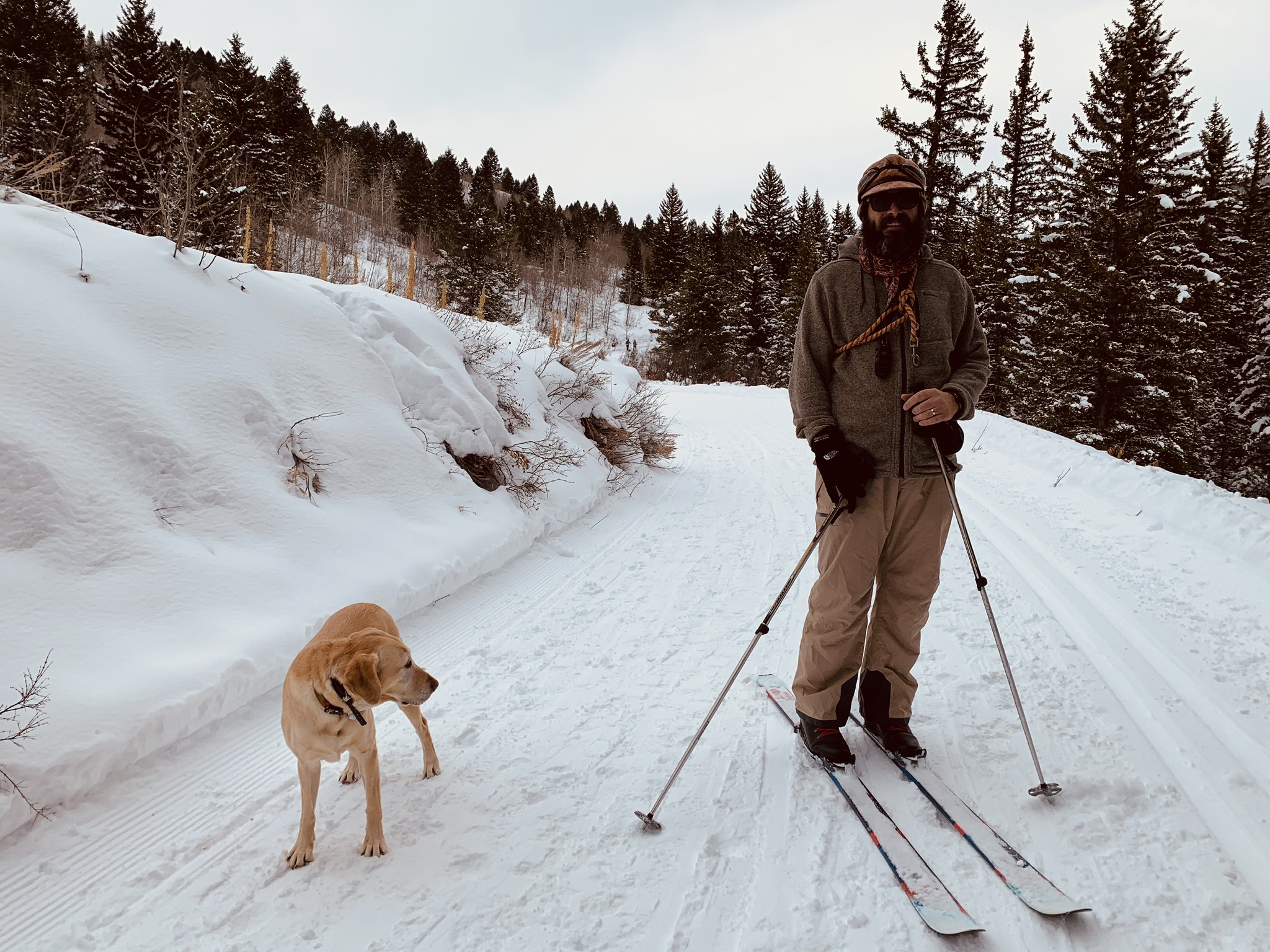 Great day on the water with Taylor and Scot 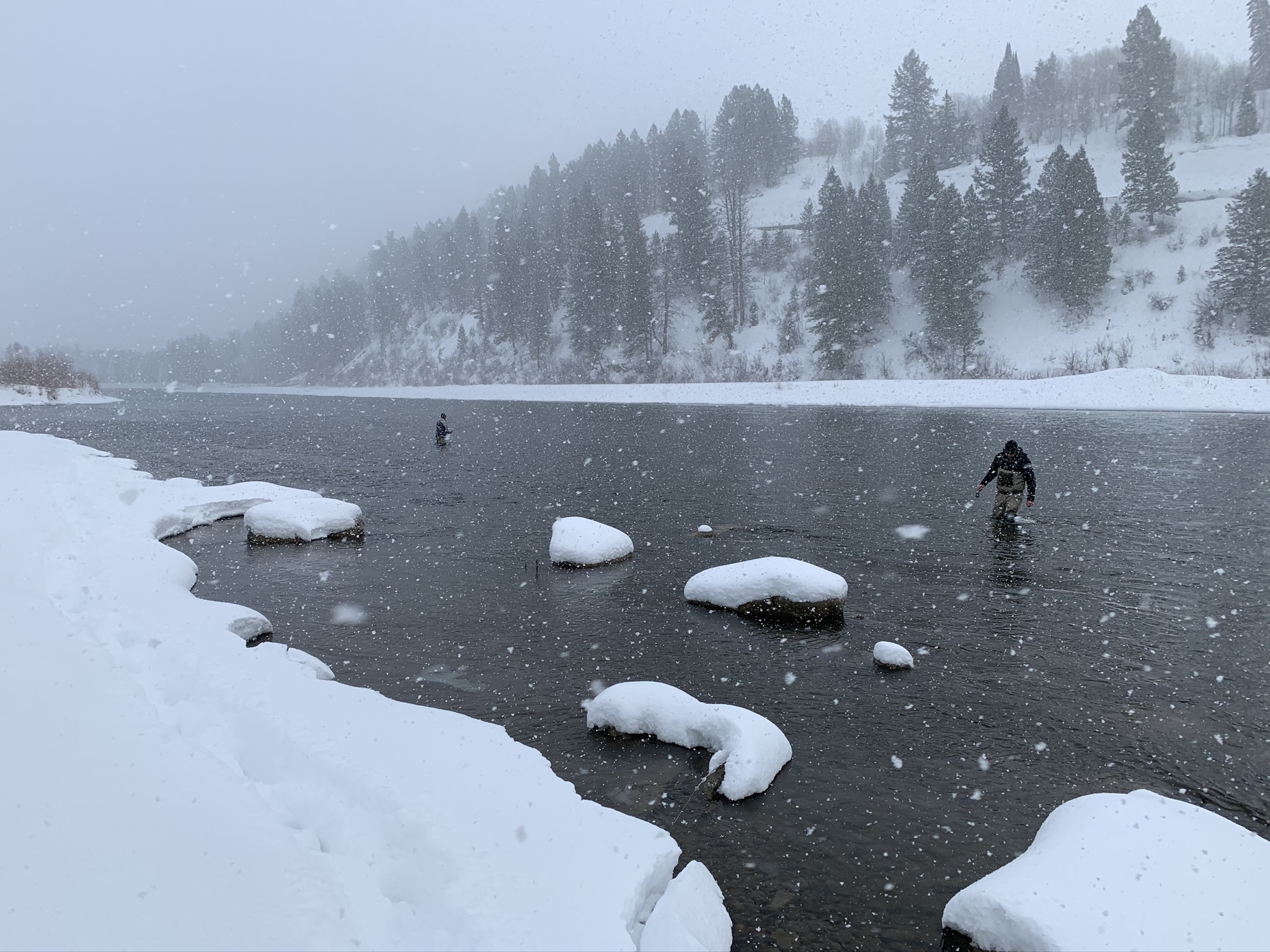 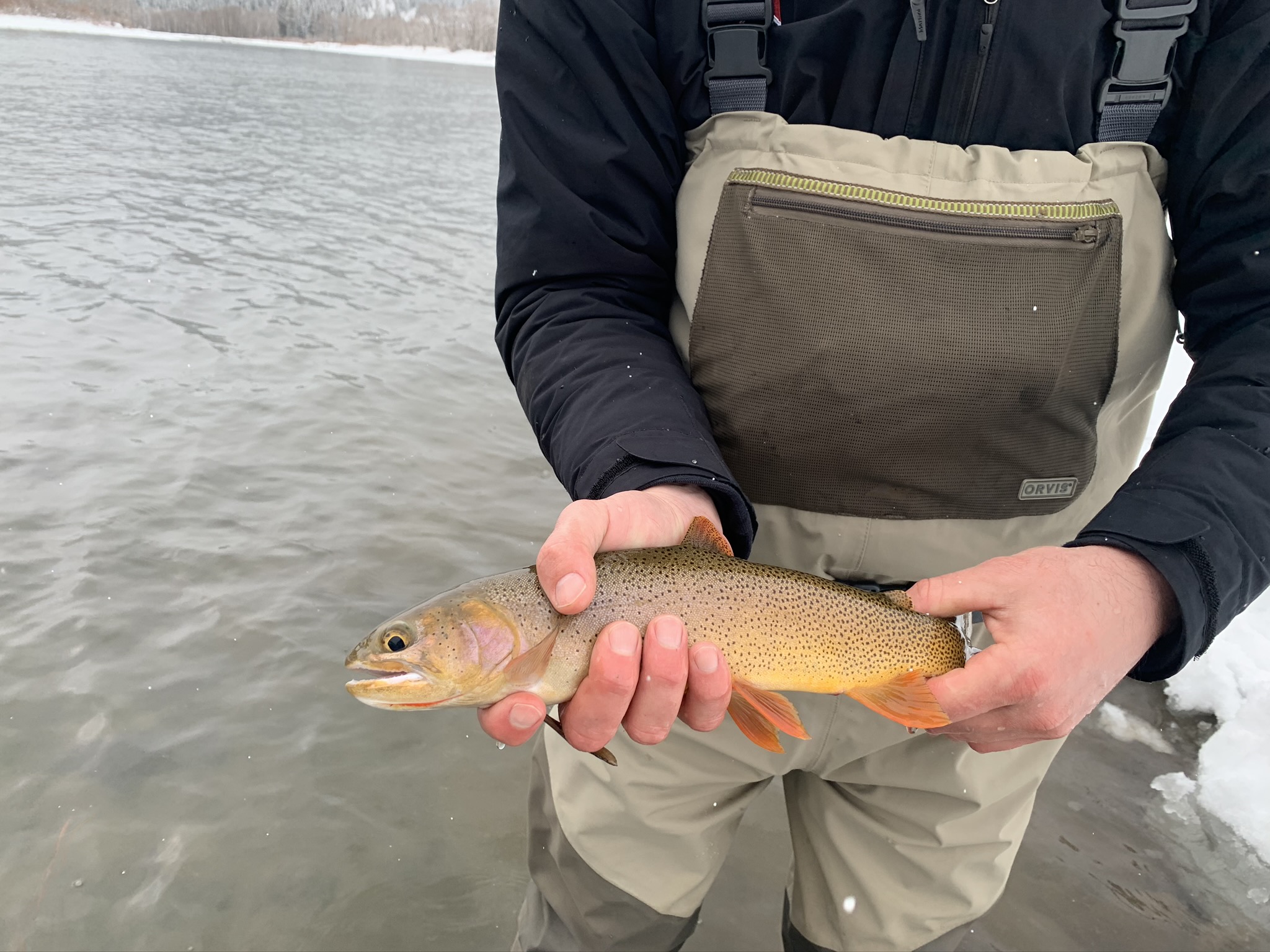