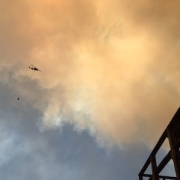 July has gone by with the blink of an eye. My updates here have been lacking, mostly due to long days guiding visiting anglers. Most of my trips have been floating the Snake, but I’ve also gone down to the Salt river, up into Yellowstone National Park and over to the Dubois fly fishing cabin. It’s been fun introducing new folks to our great trout waters in addition to fishing numerous return clients.

Warm temperatures (hitting upper 80s and low 90s) have meant getting on the water early, but so far the fishing’s been good with dry flies; both large attractors and smaller PMDs, etc. We also had a front row seat to the ever-growing Lava Mountain fire this weekend while at the cabin. So far the cabin is ok and the fire fighters are doing amazing work. 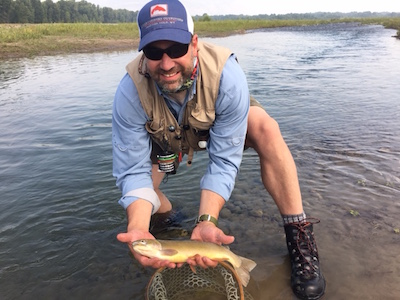 Like father, like son. Mitch one-ups his dad, catching this nice cutthroat on a big stonefly pattern. 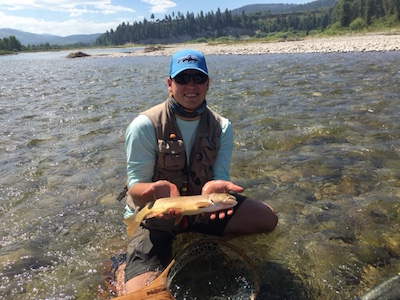 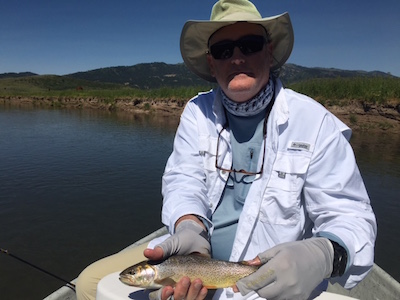 John (chris’) friend came back this year to fool more fish. A good PMD hatch on the Salt gave these guys plenty of risers to target. 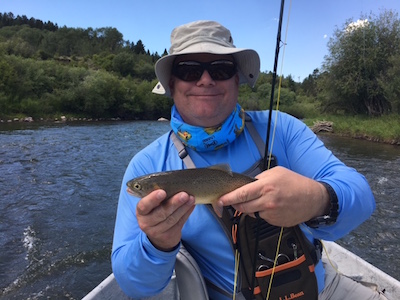 Fishing clients Jack and Bret got more than just a fishing trip. These guys got to see the Lava Mountain fire blow up from under 2000 acres when they arrived at the cabin Friday to 10000 acres when they left Sunday evening. Depite the fire threat, we fished some great water and the guys got into some wild Wyoming trout. We spent the evenings sitting on the deck, drinking beer while the helicopters flew overhead. As of today, Thursday, the cabin is safe. Crews are soaking our property and neighbors with a massive sprinkler system. Thanks to the fire crews for working so hard to protect structures. Here’s a view of the fire as we drove back from fishing Sunday. The fishing cabin sits below Hat Butte (seen below, center left). 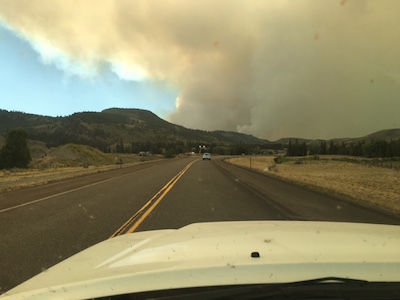 One of two helicopters fighting the fire behind our place. As of now, the fire’s over 12k acres and growing…. 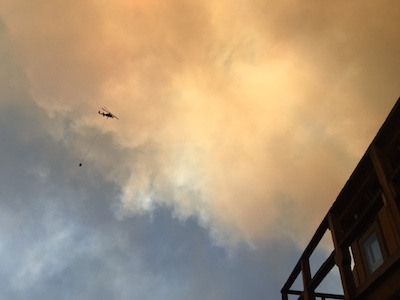 Had some good days guiding on the Snake this past week. The
water is at a good level, making side channels and riffles
particularly fun. The best part of the week was working with some
young fly fishers. Kids like Jack and Nick fished well above their
age, proving sometimes middle schoolers fish better than adults. It
was great seeing these guys again (along with their dad Matt).
Other guests also did well with me this week. Most of our success
was on small golden stone chubby chernobyl type flies. Fish also
could be found in early afternoon rising in the shallows to emerging
PMDs. Unfortunately I don’t have any photos to post since I got a
new phone and neglected to update things before getting it. Oh
well.

Looks like the weather might cool down a bit in the next few days.
That should be great, helping to cool water temps that have been
rising into the 60s lately. If you’ve ever wanted to fish big, easy to
see flies to eager cutthroat, now is the time! 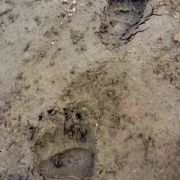 Another hot week has come and gone here in Western Wyoming. Summer has come on fast around here and fishable waters abound, many clear and fishing earlier than usual. We’ll see how things play out down the road, but for now it’s a great time to be a fly fisher in Jackson Hole.

I spent the week mixing business with pleasure; both fishing with Jamie and Lulu as well as a number of great fishing clients. We ventured up to Pacific creek one day and wandered the water fishing yellow stonefly patterns to selective cutthroat trout. The fish were more moody than I remember from past trips there, but once bugs started hatching we found a few runs with hungry risers. Guiding-wise, I did both some float fishing and some wade fishing trips. In all cases, fish were caught and folks enjoyed themselves. Enjoy some pictures… 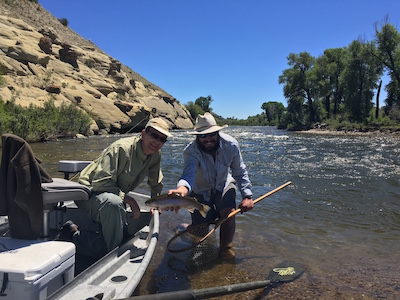 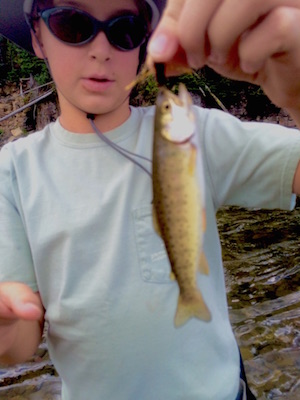 We followed these grizzly bear tracks along the river. Seems this grizzly and I share an infinity for the same stretch of trout water. 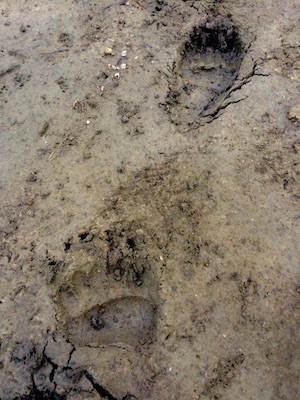