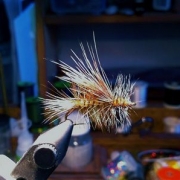 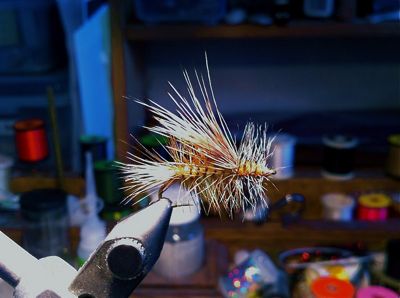 If there is a more quintessential western dry fly than the
Stimulator I know not of it. The stimulator is everything
western about fly fishing; an easy to see bushy profile that
floats like a cork, yellow and orange body that resembles
canyon river walls at sunset, and a design that mimics
stoneflies one day and summer hoppers the next. And let’s not
forgot the hollow, ochre colored elk hair, once keeping a Wapiti
warm during the brutal Jackson winters, now being cut and tied
in as a wing at my fly tying desk.

I’m not sure what fly my first western trout was caught on,
but I have a hunch it was a stimulator; one probably handed
to me by my grandfather on the banks of the Hoback River. In
the years since, I have fished this pattern on a variety of
waters; cold, fast, alpine streams deep in the Wyoming high-
country, medium size meadow tributaries and large rivers like
the Snake and Green. Fish never seem to hesitate when my
size 8 or 10 yellow stimulator floats over them. Brook trout
inhale them eagerly, while native cutthroat rise slow and
deliberately, sipping the imitation with ease.

Of all the flies in my vest, the Stimulator is my favorite;
tied on in the summer sun and cast into a cold western trout
stream. 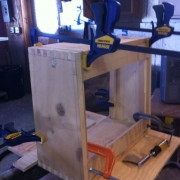 Not much of in the way of fishing to report from Teton Fly
Fishing world headquarters. Temperatures have been on the
cold side, with single digits and below zero numbers being
common the past week or so. It was -13 here mid morning
and we may have gotten above zero for a high…

Because of the cold, I have some time on my hands and
decided to embark on a project that I’ve wanted to do for some
time. As some of you know, I’m a music junkie. In addition to
collecting cds and records, I also love guitars (Martins and
Fenders), ukuleles and tube amplifiers (Old Fenders). Last year
I refinished a strat in sea foam green nitro. This year I decided
to build a tube amplifier; one based on a 5F1 Fender Champ
amp. Jamie was kind of enough to get me the necessary
electronic components for Christmas and I thought I’d delve
into woodworking and build the cabinet myself, customizing it
to hold a 10” speaker, thus making it louder!

After a few hours and a few burns on my fingers, I got the
electronics soldered and wired up. Unfortunately I managed
mix up something along the way and fry my transformer- a
rookie move (at least that’s what I’m telling myself). Not to be
defeated, I ordered a new transformer and am now awaiting its
arrival to see if I’ve remedied the situation… 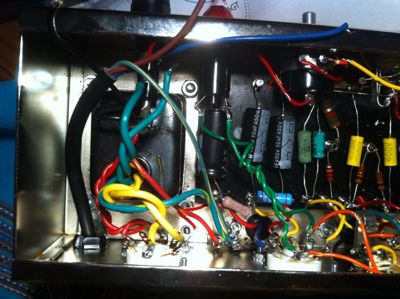 This past weekend I put in some time in my Dubois
workshop. I began with ¾” pine, cut into the appropriate
lengths. My goal is to make this cabinet much like the
originals made by Fender in the 50’s, so finger-joints were in
order. After attempting to cut them by hand with dovetail and
coping saws, I settled on using a scroll saw to get a much
more accurate cut. Surprisingly, my measuring was pretty
accurate and the joints came out pretty uniform. Once the
joints were cut, the box went together pretty tight, with
minimal chisel work. I glued and clamped it, letting it dry over
night. Then I began cutting and gluing extra cabinet pieces for
the top, sides and back as well as the baffle board that will
hold the speaker. 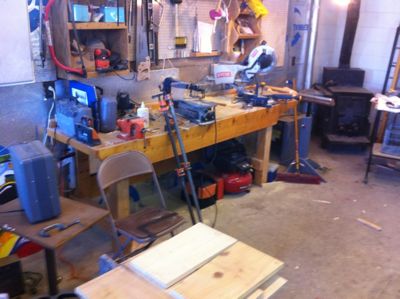 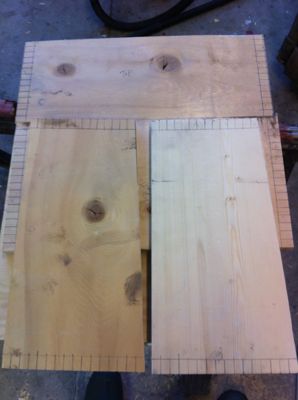 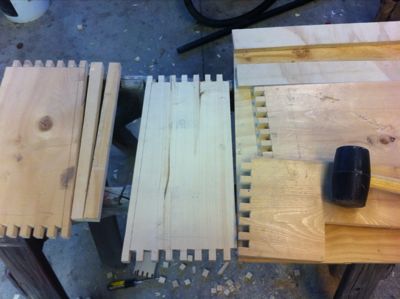 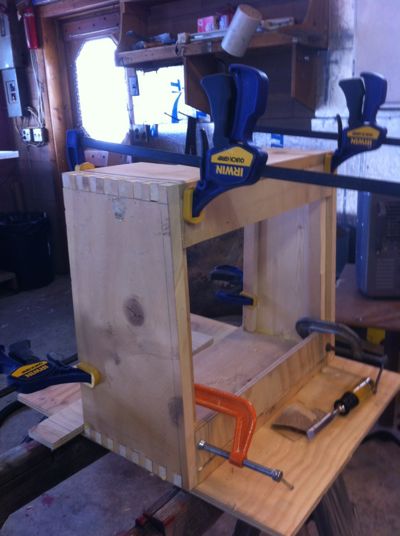 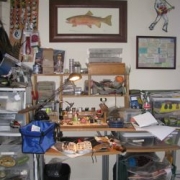 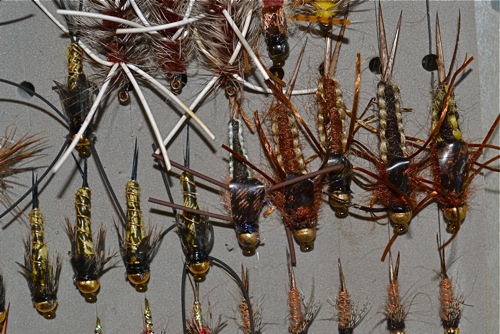 Custom Hand-tied Flies for Jackson Hole, Wyoming and Beyond!

Over the years, many of my clients have asked to buy flies from me; ensuring they get patterns that work well here and that hold up to numerous fish. I decided to put together a box of my favorite flies. I consider this to be a great all-around collection of patterns that will work well on the waters in and around Jackson Hole, as well as on many other Wyoming trout waters. I offer a Jackson Hole assortment which contains dry flies, nymphs and streamers that work great around here. This assortment comes in a fly box and contains three-dozen flies. If you would like more flies, let me know and I can tie whatever you need.

If you’d like a box of my hand-tied flies for your upcoming trip to Jackson, or as a souvenir, give me a call or shoot me an email. I’m also happy to tie custom orders too. Just tell me what you need!

Prices are as follows: 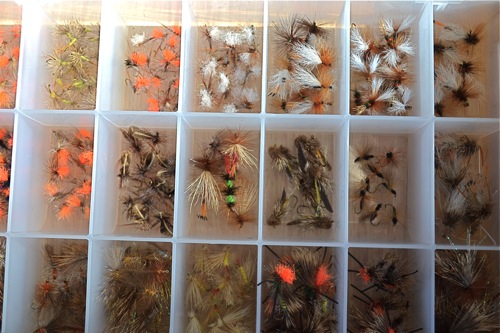 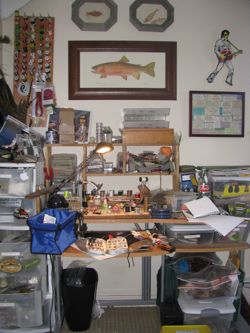