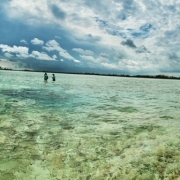 Just returned from spending two weeks on Andros Island in the Bahamas. Andros is the largest island in the Bahamas, yet one of the least populated. Much of it is wild, unsettled country (mangroves, swamps, forests, etc.) with a few tiny “towns” thrown in for good measure. It’s known as the bonefish capitol of the world and expectations were high as we stepped off the small charter plane at Andros Town Airport. 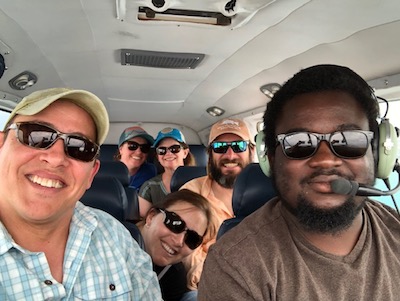 A group selfie as Kieno flew us from Nassau to Andros.

I’ve fished the Bahamas many times over the years and love it! Fish are good size, flats are white sand and the people are super friendly. It was good to be back on Andros after a great trip to the northern tip of the island last year. Joining Jamie and I were our great friends, Kurt, Kelly and Connie. We rented a nice house a few miles south of Fresh Creek and had a blast. Kurt and I were particularly excited about the fishing potentials since the house was situated on a bay with flats as far as the eye could see. Unfortunately the fishing was a bit of a bust. Each day we walked the flats and saw very few if any bonefish. Waters that looked like they should teaming with fish were empty. Empty not just of bonefish, but seemingly all life, save sharks and the occasional barracuda. It left us scratching our heads and drowning our tears in Kalik and spiced rum. 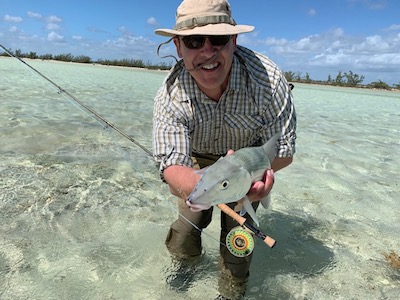 Kurt showing off a nice bonefish. 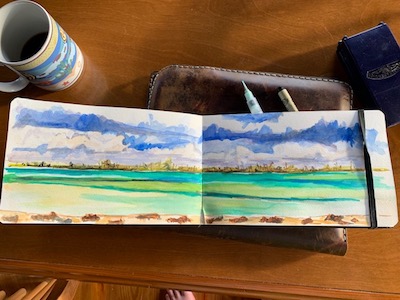 I took my watercolors and did quite a few sketches. This one is of the beach in front of the house.

Never before have i experienced such a beatdown on the flats. Now we did manage to catch some bonefish, all of whom were big and angry. In fact, Kurt caught a huge one in a mangrove-choked area behind our house. I also found a few mutton snapper who were hungry and harassed some boxfish. While we did get a few shots at fish here and there, most of few fish we saw were super spooked and moving fast across the flats. Locals told us the recent inconsistent weather and cold fronts sent the fish to deep water. It did seem like the shallow waters were chilly and maybe that does explain the empty flats. In any event, it was a hard two weeks of fishing in paradise. The good news is that we got to fish in paradise for two weeks and had a blast!! I can’t wait to get back! 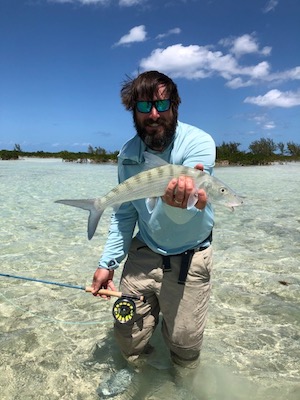 Me with a bonefish. On this particular day, we found a few fish and hooked them! 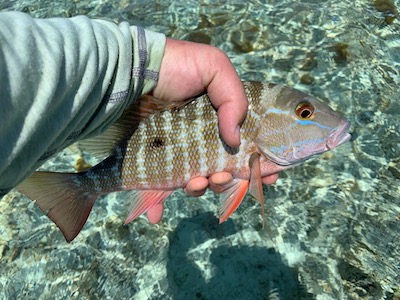 I love the mutton snapper! They are beautiful and pull some line. This guy’s a smaller one, but equally cool. 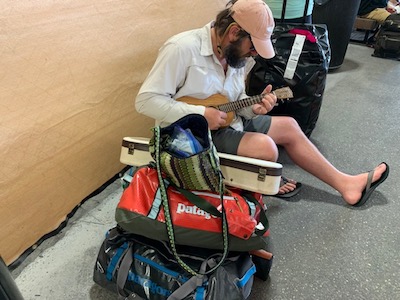 I also took a uke with me and played quite a bit. I decided to give an impromptu concert while waiting for a hotel taxi in Tampa on the return journey 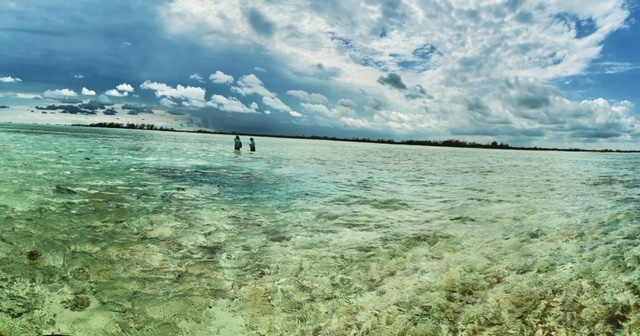 My favorite pic from the trip. Jamie and I Connie are exploring and snorkeling a blue hole that was near our house.