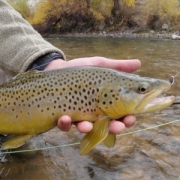 With the guiding season coming to an end, I’ve been
spending some time of my own on the water lately. There are
lots of options this time of year; fish tiny flies to picky trout on
small streams, float big water and tempt fish in riffles, swing
streamers for aggressive browns…. I settled on heading out of
town and doing some down and dirty nymphing. It’s fun to see
what a dead-drifted nymph can do… 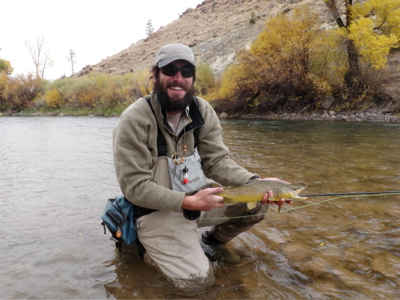 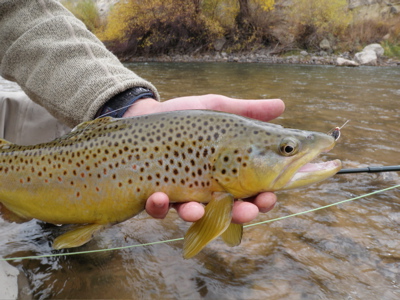 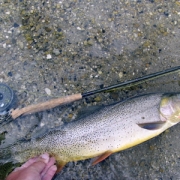 If you haven’t made it out to fish Flat creek this year, you
better get to it. Right now it’s offering up some of the best (and
challenging) fishing of the year. Anglers are minimal and fish are
hungry. Expect to see good blue wing olive hatches every
afternoon as well as the occasional mahogany dun. I’ve caught
several nice (best cutthroat of the season) fish the past few days.
It’s great to stalk and cast to 20+ inch fish! Below is a photo of
one of the big cutthroat that reside in flat creek. 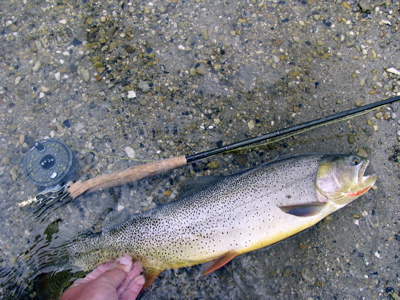 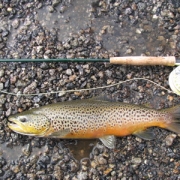 Things around here in Jackson have slowed dramatically
over the past week. It’s as though someone threw a switch.
Streets are quieter, rivers less crowded and trees have gone
from green to mustard yellow. With only a handful of guided
trips on the calendar this month, I am now focusing attention
on my own fishing. Gone are the sandals and hoppers, replaced
with waders, tiny mayflies and streamers.

Watching the snow fall outside this morning, it’s only
fitting to talk about transitions. October brings change to the
Northern Rockies. While snows and shrinking daylight warn of
the encroaching winter, they also mark some of the best
fishing around, ushering in thick blue wing olive hatches and
large fall- run brown trout. No fisherman around here would
think of going out this time of year without a handful of tiny
olive mayfly and emerger patterns (packed snugly inside his
gor-tex jacket of course). At the same time, there are some
truly large brown trout who need attention too. Fortunately, in
addition to the tiny dries, there’s another large box of flies,
designed to be swung, in hopes of enticing one of these trophy
trout,
whose colors coincidently match the cottonwoods and aspens
that line the riverbanks.

October fishing around Jackson…better get out before
winter’s here. 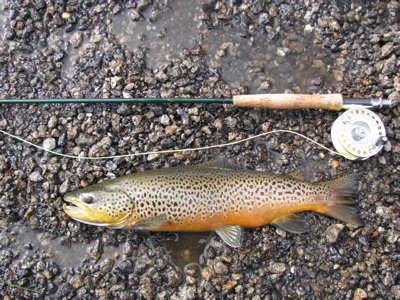 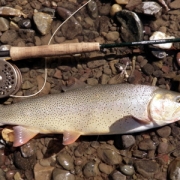 In the fall around Jackson, cloudy days on the Snake mean
big (size 10 and 12) Hecuba mayflies and hungry trout…. 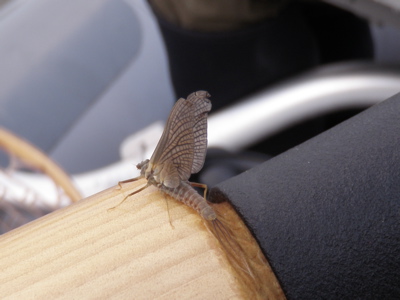 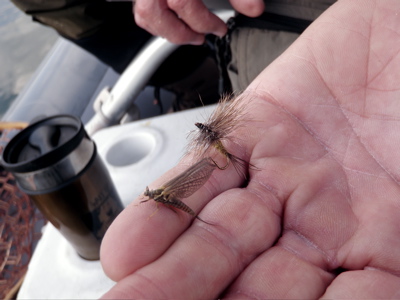 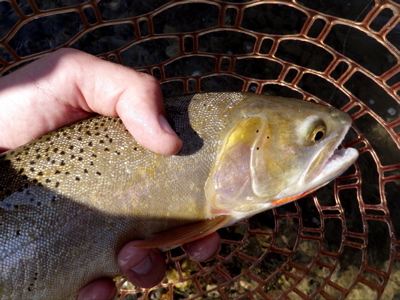 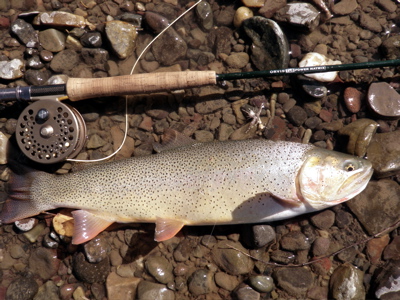